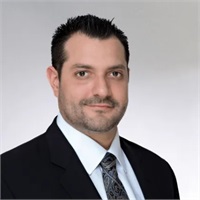 Jonathan officially joined J&G Associates, Inc. in 2011 and has been in the financial services business since 2007. Following in his father's footsteps, he has grown up in the insurance and financial services business. He has developed his business focus around identifying and helping address the needs of individuals and business owners. In his career, Jonathan has worked with one of the world's largest companies and has done comprehensive financial planning* for a select group of their employees. Jonathan is one of this field office's leading new agents.

Prior to joining J&G Associates, Inc. Jonathan attended Towson University and Hofstra University. He was also member of Team USA Men's Inline Hockey team from 2008-2012, 2014-2017 where he is a six time World Champion. He won a gold medal at the World Games in 2011 in Taiwan. He was also a member of Team USA Junior Men's Inline Hockey team from 2002-2005 and is a three time world champion.

Through hockey, Jonathan has traveled the world, having visited Israel, China, Taiwan, Germany, Italy, Canada, Czech Republic, Argentina, Colombia, Poland and loves learning about the cultures of the places he has visited.

*Comprehensive financial planning services are provided in the state of New York only.